At more than 11,000 feet above sea level in the southeast of Peru lies the city of Cusco. The Empire of the Sun former capital is the gateway to the long-lost city and Sacred Valley of Machu Picchu. Follow in the Incas footsteps and venture deep into the mystical Andes to see one of the earth’s most glorious places: the city in the clouds, Machu Picchu. 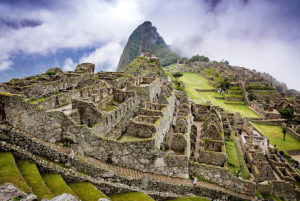 The Inca Empire’s rise is shrouded in myth. The sun god Inti’s children arose from Lake Titicaca according to local legend. The sacred city of Cusco was founded by one of his first sons. Visit the cradle of one of history’s greatest civilizations and explore the Incas awe-inspiring legacy. Sacsayhuaman is an archaeological site that makes a great playground and offers beautiful vistas. The present-day Plaza de Armas was Huacaypata, puma’s beating heart.

The Inca palace of Wiracocha was destroyed by the Spanish and replaced it with a cathedral. Opposite this cathedral is yet another palace where the La Compania church was built. The Temple of the Sun’s fabled courtyard, Qorikancha represented the tail of the puma. This was the most important of all Inca temple and for fear of its pagan symbolism the Spanish demolished it to make room for the first Dominican convent in Peru.

As you climb the winding cobblestone streets, discover Cusco’s captivating layers of history. Slow your pace to adjust to the Peruvian way of life and to the air. Hatunrumiyoc Street illustrates the Incas astonishing masonry techniques. Instead of mortar, these masons used interlocking patterns and the heavy stones were stacked with a precision that still baffles many engineers today. You can’t still get a fingernail between the cracks after several earthquakes and over seven centuries later.

To see how the Incas descendants maintained a living presence in Peru, take a bus trip to the Sacred Valley also known as the Urubamba Valley. At Urubamba’s market, crops and livestock exchange hands while mischievous dogs run off with their merchandise.

During a visit to Chinchero, look out over Peru’s snowcapped mountains and fertile plains. This is the rainbow god mythical birthplace. It is not far to see the Moray Terraces from this Andean village. These structures have natural irrigation and cooling as well as great acoustics, but their purpose is still unknown.

Catching the train to the town of Aguas Calientes is a quicker way to reach Inca city. Machu Picchu’s true splendor is finally revealed once the clouds evaporate from the mountain ridge. It is a humbling experience standing at an altitude of about 8,000 feet and gazing at the Inca city below you. Overlooking the ruins, it is easy to imagine how this peak was almost 600 years ago.

Although the Inca dynasty has come and gone, the descendants of the Incan are still surviving in the highlands. These Children of the Sun continue to live off the land and still speak Quechua. Many of them still come to Cusco to sell their alpaca-woolen textiles and crops. A starry blanket covers Cusco after dusk when the Incas story becomes a whisper in the night.